Our research produces and disseminates new knowledge about information and technology strategies that can foster government innovation and improve public services.

We bring together researchers from many disciplines to study problems from multiple perspectives with multiple research methods.

Experts and students develop prototypes, feasibility studies, and proof of concept solutions. Governments then use the result to make informed decisions on investments, policy development and work practices to maximize the benefits of using these technologies.

What people are saying

CTG UAlbany works closely with a global network of researchers who serve as Faculty and Research Fellows.

All Fellows actively engage in academic writing and new research activities; complementing our skills with their own.

IMPORTANT NOTICE: The CTG UAlbany Visiting Scholars Program currently is not accepting applications. We are updating our program and will provide updates on this page once we reopen the program within the next few months. Thank you for your patience and understanding. 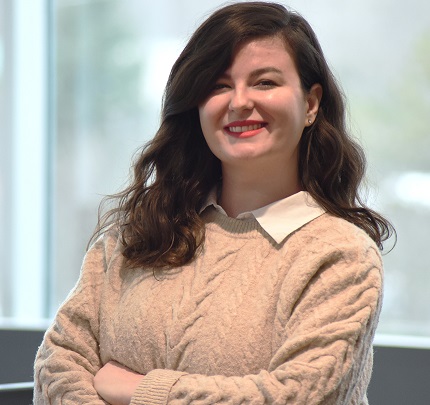 Mergime worked on a master thesis during her time at CTG UAlbany as part of an Erasmus Joint Master program between three universities. She spent her first semester at KU Leuven (Belgium), the second semester at University of Münster (Germany), and the third semester at Tallinn University of Technology (Estonia). She was pursuing a Master of Science in Public Sector Innovation and eGovernance (PIONEER). 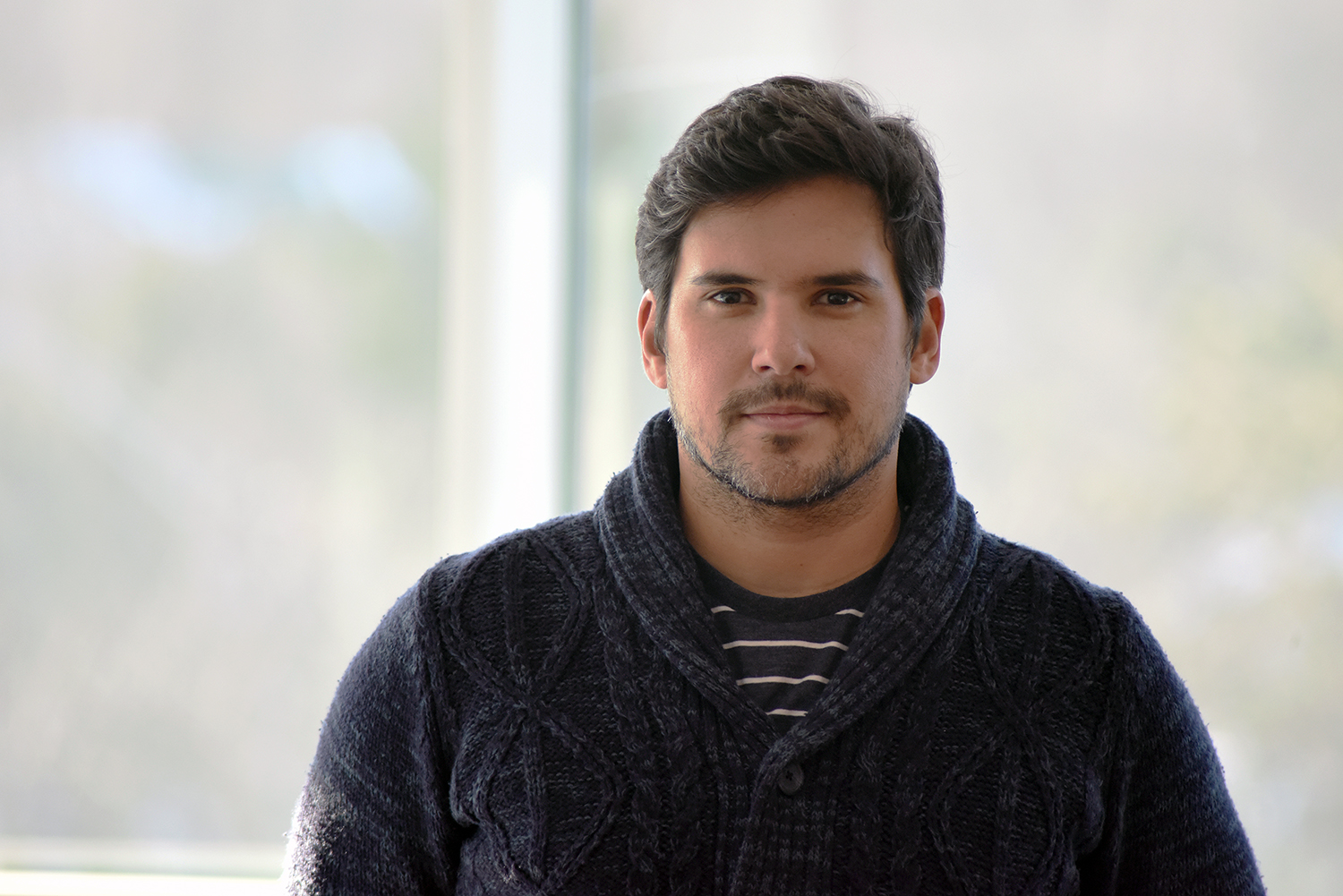 Thomaz's focus at the CTG was to finish writing his thesis about the process of opening government data in the Municipality of São Paulo His specialties include government accountability, democratic governance, transparency and open government data. 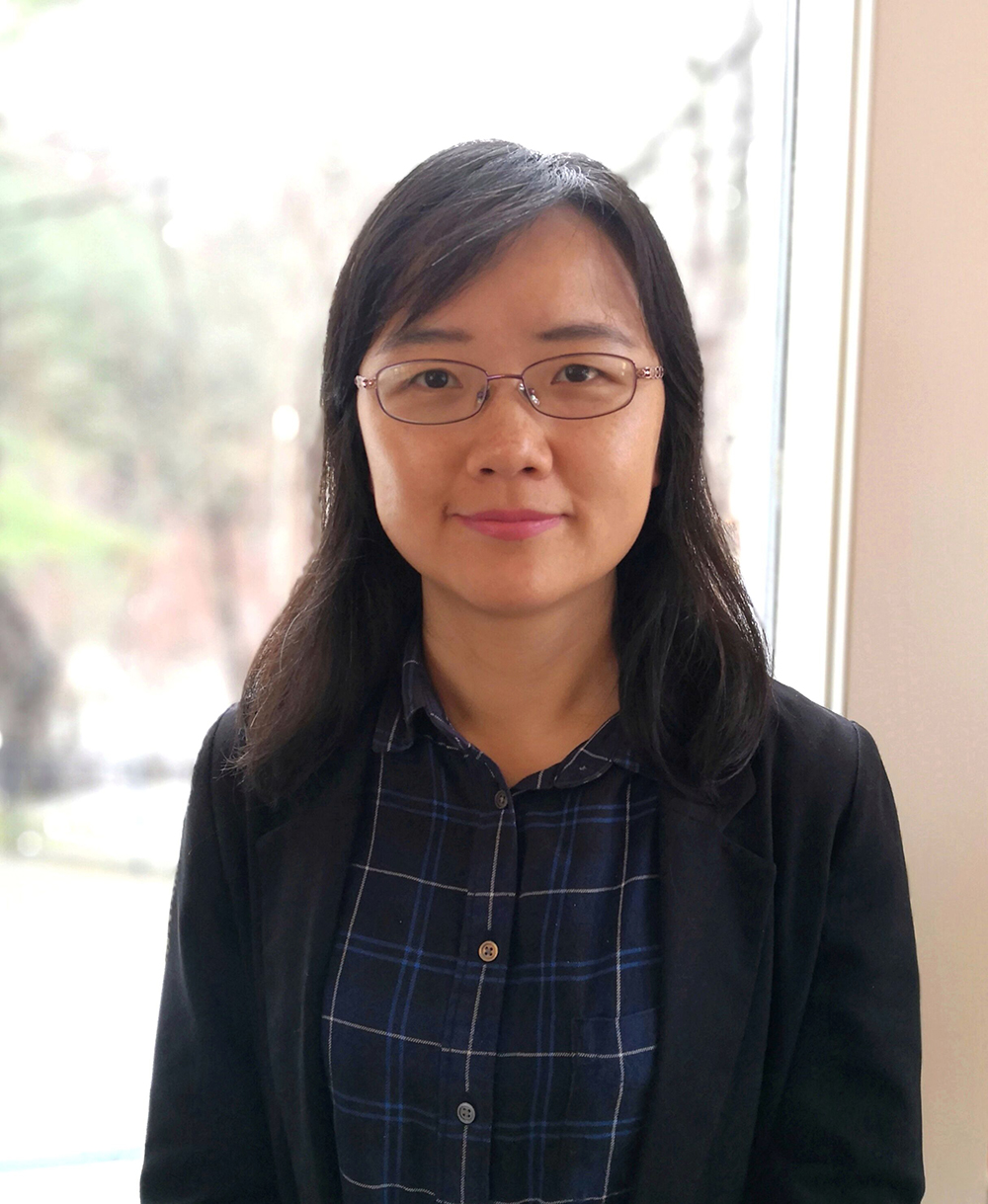 Tiejun is an associate professor at College of Humanities, Donghua University, China. 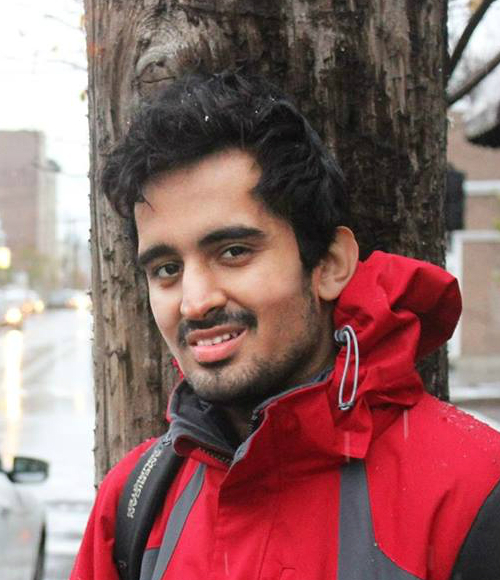 Ashish was a research assistant at CTG UAlbany before becoming a software engineer at Fidelity Investments in Boston in mid-2018. 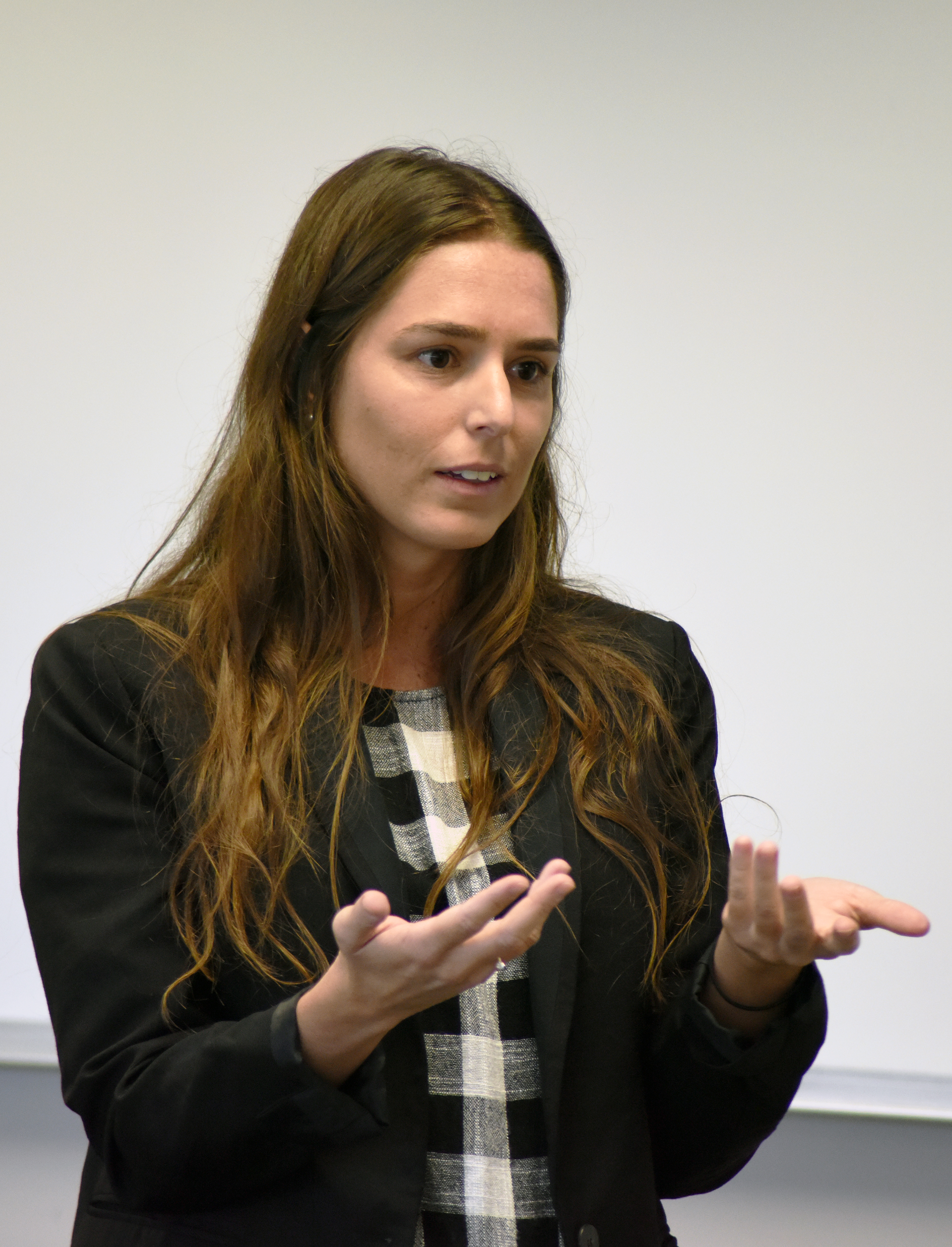 New capabilities for policymaking in cities, changing nature of the IT artifact in smart city research, governance structures in smart cities 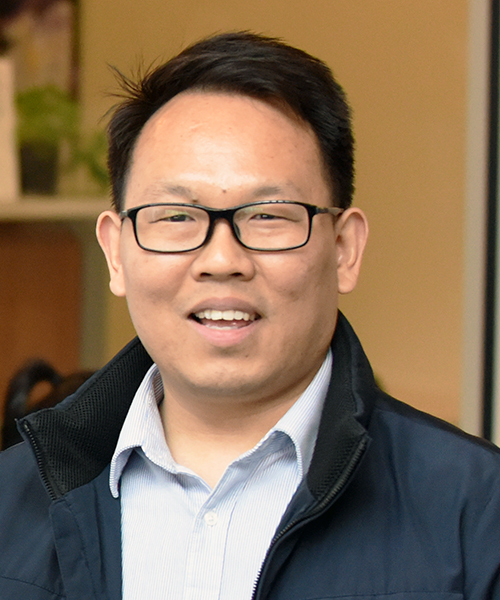 With a background in information technology, his research focuses on how to construct a better information environment for building smart cities, and how to govern big data in government. 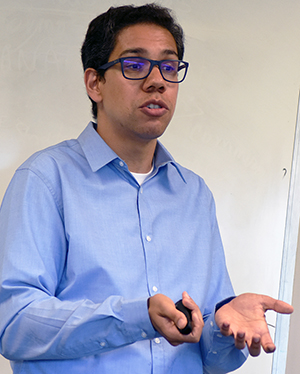 From digital divide to digital inequalities, the implications from internet access and digital skills in harnessing online opportunities in Brazil. 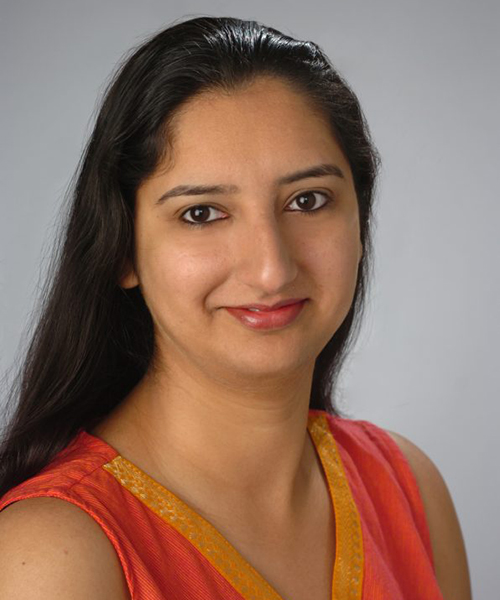 With a background in economics, her research focuses on the use of Information Communication Technologies (ICT), especially mobile technologies in public administration and in social welfare policies in a global comparative context. 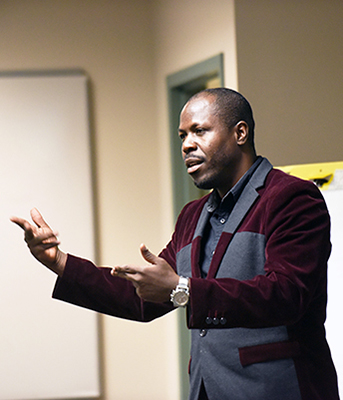 Open government, e-government, technology policy, and management of technological development. Hands-on experience in emerging technologies and how innovative governments can use and govern them for the public good.

Current Position: Professor in the Department of Business, Health and Social Work at Bern University of Applied Sciences & Deputy Head of the University's E-Government Institute.
Year at CTG: 2016
Country: Switzerland

During her time at CTG, Alessia's research focused on governance issues and design options for national data infrastructures. She met with several CTG staff to discuss shared research interests and explore potential areas of future collaboration. 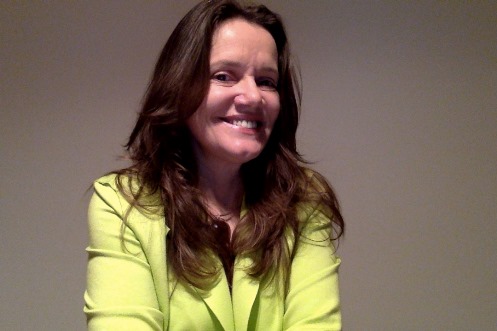 Current Position: PhD Student in Business Administration at Federal University of the State of Paraná (UFPR) and Senior Analyst at IT Company of the State Government (CELEPAR).
Year at CTG: 2015
Country: Brazil

During her time at CTG, Beatriz researched a conceptual eGovernment Business Model with a particular focus on low cost and long range technologies for developing countries.

During her time at CTG, Lili researched about the business models and the cooperation between government and private sector organizations in the fields of travel information and meteorology data services in China.

During his time at CTG, Shaohui researched about how to use social media to promote the innovation of government public services.

During his time at CTG, Cristiano conducted a review of the use of “smart sensors” in cities to help support CTG's smart cities program. He also worked on his research into smart city initiatives, looking specifically at New York City, to do further comparative work with his studies conducted in Porto Alegre; as well as worked on developing an approach for researchers who wish to work together on comparative analysis studies in Latin America.

Current Position: PhD Student and Adjunct Professor at Autonomous University of the State of Mexico
Year at CTG: 2014
Country: Mexico

During his time at CTG, David studied new trends of technology implemented in e-government, trying to categorize the ideal technical features of electronic government systems that could help to improve efficiency and transparency and to reduce corruption.

During his time at CTG, Jorge conducted a review of “humans as sensors” in cities and presented his results to CTG staff to help support the Center’s smart cities program. He also worked on his master’s thesis and gave another presentation to CTG staff on his thesis and the Brazilian electronic voting system, which Jorge helped to design and implement.

During her time at CTG, Nur conducted research to complete her studies about sustainability concepts and smart cities and worked with CTG staff to support the Smart Cities Program and other research activities.

During her time at CTG, Zamira collaborated on her shared interests in research and capacity building projects focused on electronic government development in post-Soviet countries.

During his time at CTG, Claudio conducted research to complete his degree, focusing on Open government data: a value chain model proposal.

During her time at CTG, Lyudmila presented on the St. Petersburg National Research University of Information Technologies, Mechanics, and Optics.

During her time at CTG, Milena focused on her research in Web 2.0/3.0 applications for creating and sharing new knowledge, and in Public Administration 2.0, Enterprise 2.0 and Learning 2.0 principles, along with participating in several seminars, workshops, and presenting her research.

During his time at CTG, Hannu met with staff to discuss shared research interests, presented his research on Sustainability for eGovernment, and attended the ICEGOV 2012 conference.He also showed how us how Fika is done in Sweden, their morning social break ... we liked that!

During her time at CTG, Marie focused on internationalizing her research on Information Systems in Brazilian Public Health and contributed to current CTG projects. Current bio >>

During his time at CTG, Ignacio conducted research about interoperability of e-Government developments in multi-level systems, with a special focus on the case of health policy in the United States and Spain. Current bio >>

During his time at CTG, Karim gave a research discussion on governance structures for building democracy in Egypt, and met with CTG staff to plan future research collaborations focused on the use of social media in government. Current bio >>

During his time at CTG, Olivier met with staff to talk about shared research interests and presented a research discussion on the tensions between privacy and transparency issues from a European perspective through proposing a model for data, identity, and privacy management.

During his time at CTG, Rodrigo met with CTG staff and students to discuss open government, social media, and advancements in e-government research. He also shared his research about open government adoption in Mexico.

During his time at CTG, Antonio met with staff at CTG to talk about shared research interests and presented a research discussion about an e-Government enactment framework. Current bio >>

During his time at CTG, Lorenzo worked with staff and graduate students on shared research interests. As part of his visit, he gave a presentation on The Economic Impact of Interoperability in Delivering Electronic Citizen Services and was guest lecturer at Theresa Pardo's Department of Public Administration and Policy class, Information Technology Innovation in the Public Sector.

During his time at CTG, Evgeny was an integral part of the project team gathering information on how New York State agencies used technology resources to capture, manage, and deliver the data required for the American Recovery and Reinvestment Act (ARRA). In addition, he also worked in close contact with his colleagues at UAlbany's Rockefeller College, where he held a faculty affiliation for his Fulbright Fellowship.

During her time at CTG, Lin integrated herself as a member of various research project teams and was a co-author on several writing projects. She shared her work in China at a CTG research discussion, Improving Citizen Access to Government Information in China.

Enrico spent six months at CTG, during which he collaborated with researchers on a number of projects concerning the relationship between eGovernment and the digital divide, as well as the use of online auctions for the sale of government surplus property. Current bio >>

Current Position: Professor of Information and Communication Technology (ICT) at Delft University of Technology
Year at CTG: 2004
Country: The Netherlands

We participate on the Advisory Boards, Organizing Committees and Program Committees to assist with the planning and preparation to ensure a conference's success.

These conferences are widely recognized as the most important outlets in the field of digital government around the world.

Over the past few decades, challenges faced by cities have become increasingly complex and interrelated as a result of rapid urbanization processes and population growth as well as the need to compete with other cities to attract human capital, tourists, and economic investments. In the face of these issues, city governments have been increasingly pressured to become more innovative in how they deliver public services, improve the urban environment, and become more competitive. Current literature echoes the need to innovate by, among other strategies, building the capacity of local governments to perform their routine activities and, simultaneously, innovate.

Increasingly local governments are adopting information and communication technologies and other disruptive technologies to support different policies and services to enhance the well-being of individuals and make their cities more attractive. In particular, local governments are embracing the concept of smart services as services that use emerging technologies together with internal and external collaborations, to improve the effectiveness, efficiency, and legitimacy of services in smart cities.

The phenomena of smart services and smart cities has been studied by numerous academic disciplines including increased recent attention from public management scholars. However, sound conceptual and empirical analyses of smart services and cities from a public management perspective are still scarce. In addition, the limited public management literature on smart cities has focused mainly on governance issues addressing topics such as networked governance, actors, collaboration, co-creation and co-production, policy networks, public-private partnerships, leadership, and urban policy making. This literature has only begun to address other core public management concepts such as implementation capacity, performance, public value, strategic planning, change management, human resources, and smart city branding/marketing. However, with the complexity of the urbanization process and increasing investments in making cities smarter, there is a need for a deeper understanding of the management and governance practices that cities are adopting to underpin the development of smart services and to govern smart cities.

This panel welcomes both theoretical and empirical papers that contribute to the growing discussion on smart services in smart cities from a public management perspective. Areas of focus and interest for this panel include, but are not limited to, the following topics: smart governance as the foundation to creating smart cities (elements, prerequisites, and principles of smart governance), smart government (focal areas, current practices, cases, and potential pitfalls), smart partnerships (triple/quadruple helix, public-private partnerships, and citizen participation), smart cities and regions (cases, rankings, comparisons, and critical success factors), management of smart cities, smart services, local government organizational capacity to build smart cities, and smart city branding.

Over the last decade, CTG UAlbany researchers have been recognized among the top 10 scholars in the field of digital government worldwide based on publications and citations.

Our researchers also serve as editorial board members some of the best academic journals in the field of Digital Government.