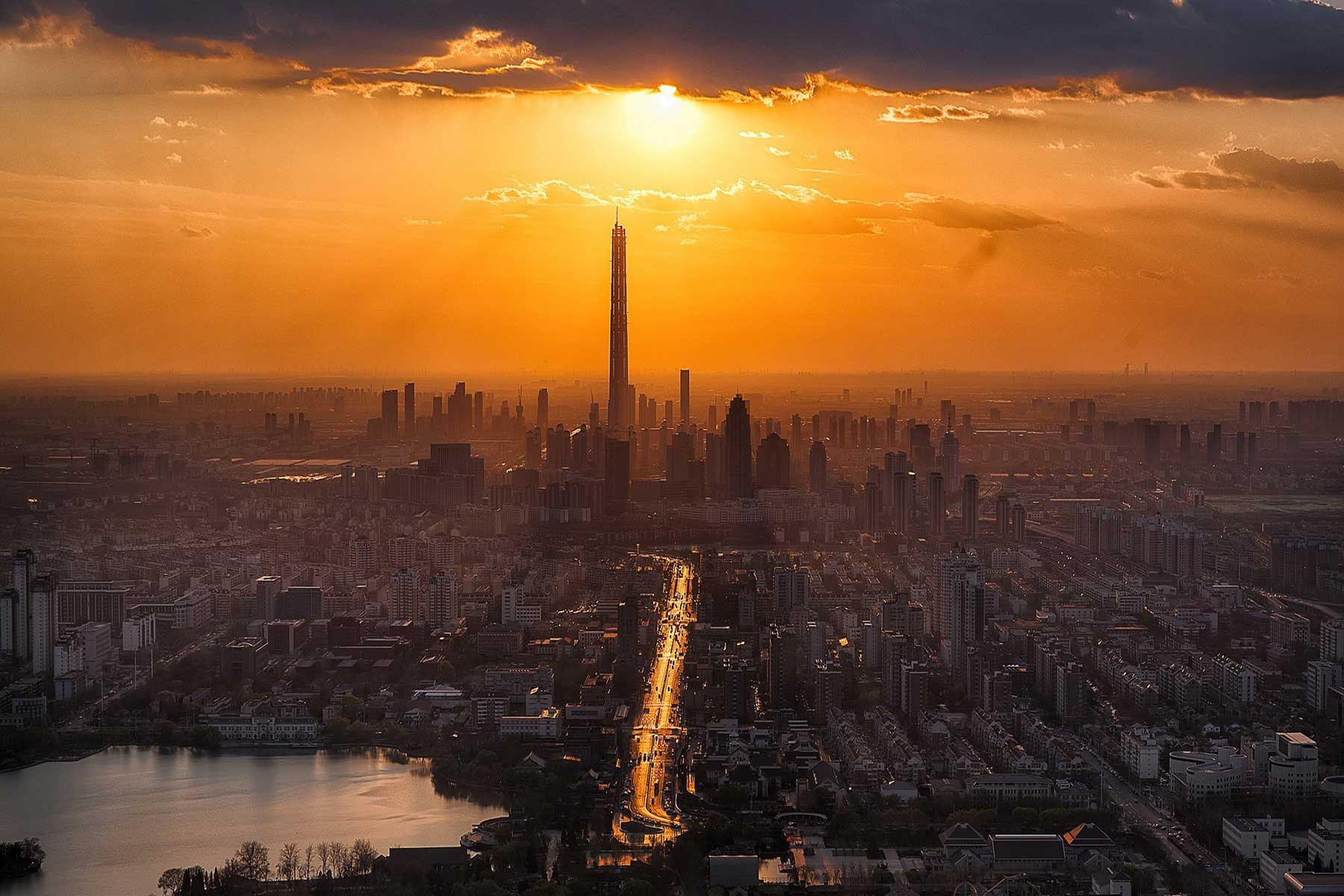 The goal of this four-year effort is to create a framework for a sustainable global community of practice among digital government researchers and research sponsors. Funded by the US National Science Foundation Digital Government Research Program, the project includes an international reconnaissance study describing the current status of digital government research, an annual research institute, and a framework for several international working groups.

Over the past decade, growing evidence demonstrates the emergence of a global field of inquiry at the intersection of government, society, and information and communication technologies. This domain is often characterized by "e-government," "e-governance," "information society," and other related terms. We use the term "digital government" to encompass this collection of research ideas. In the United States (US), the National Science Foundation's (NSF) Digital Government (DG) Research Program has provided leadership and support for this relatively new domain of research. In Europe, the European Commission, as part of its Information Society Technologies (IST) program, sponsors an ambitious e-government research program. At the same time, the research councils of individual European states support comparable research programs within their borders. Similar efforts are established or emerging in Canada, Australia, India, the Pacific Rim, Latin America, and Africa. International organizations such as the United Nations and World Bank support e-government development and are also becoming interested in associated research.

Because of the relative newness of the DG field, there is insufficient interaction among researchers in different countries compared to what one finds in more established scientific disciplines. Most funded research around the world addresses DG challenges within the context of a single country. Only a handful of investigations have tackled problems that are international in scope. A few others have rested on comparative research designs that with the explicit goal of comparison across national, cultural, institutional, and language boundaries. Such international DG research efforts are still quite limited for several reasons. This is a relatively new domain of inquiry, it involves multiple disciplines (a challenge within a single country, let alone internationally) and there are very few support mechanisms and forums to engage DG researchers with their peers working in this domain around the globe. Furthermore, once a potential collaboration starts that could lead to joint research efforts, it is logistically and financially difficult to sustain it to the point of joint research proposals and reliably funded projects. Consequently, comparative and transnational issues in DG, which are of growing importance in an increasingly networked world, are not receiving the attention they deserve.

Trends in digital government research and the limited international experiences gained so far suggest at least three ways to internationalize investigations and bring the benefits (and the challenges) of multi-cultural perspectives to this important worldwide field of research:

This project focused primarily on the first item as the means to achieve the second and third. It followed a four-year strategy to create opportunities and venues for international discussions to enable DG researchers and educators to advance their work through international collaboration. This strategy had several mutually reinforcing streams of work as follows:

A reconnaissance study identified and summarized the state of international DG research. The results are being used as a baseline benchmark for assessing its subsequent growth and development. The study is also informing the development of a global research network and associated comparative and transnational projects in the digital government domain. The study relied on interviews, literature reviews, and documentary analysis and addresses questions such as the following:

The investigators organized a competition to select and provide support for topical working groups modeled after the US–European "Transatlantic Transport Research" community of practice known as STAR-STELLA. Three groups were selected by peer review. Each group involved about 12- 20 people, including both established researchers and doctoral students. For each group selected, travel support was provided from NSF funds for US participation over the course of three years, including travel support for at least two US doctoral students in each group. (As with STAR-STELLA, travel by participants from other countries was supported by other sponsors). The working groups provided an excellent way to introduce doctoral students to international research issues and programs, by participating under the supervision of their mentors in meetings and investigations that have the potential to become ongoing thematic areas early in their careers. The relationships formed in these venues will also create long-lasting professional connections that serve to further strengthen the network of international digital government researchers.

The first working group meeting in each topical area was a formal research agenda including both comparative questions (i.e., problems that occur in multiple countries) and transnational questions (i.e., problems that are international in scope). Over the course of two years, the working groups were in routine communication, co-authored journal articles as appropriate, participated in international conferences, such as "dg.o", "EGOV", HICCS, etc. Following the final meeting, each group produced a white paper authored jointly by the US and international participants that discusses the research challenges, recommended strategies for undertaking this research, and the accomplishments within its sub-domain. The white papers will be disseminated broadly within the international DG research community. We also expect these papers could be submitted in revised form to established journals or international conferences.

An international summer institute on digital government research has provided an intensive residential program for comparing research themes, methods, and results, as well as for building a deeper mutual understanding of the multi-disciplinary nature of DG research. In the first year, an annual institute program for doctoral students was designed to address such topics as (1) explicit comparisons of the philosophies, questions, and methods among the disciplines that make up digital government research, (2) a review of pressing comparative and transnational research questions and ways to study them, (3) how to design an international investigation (4) how to manage an international project, (5) how to apply multi-method and multi-disciplinary approaches, etc. The grant provided a modest honorarium plus travel and residential expenses for five U.S. faculty per year, and scholarships for up to ten U.S. doctoral students. International faculty expenses and similar student scholarships were covered by other sponsors. During the third year, CTG developed a business plan for making the institute self-sustaining, and is currently seeking funding for future Institutes.

Outreach and promotional activities included traditional mechanisms such as posting announcements, research papers, and calls-for-participation in events on various websites including the U.S. digital government research website (http://www.digitalgovernment.org), the Center for Technology in Government website (http://www.ctg.albany.edu), and the EU's e-government research website (http://europa.eu.int/information_society/ activities/egovernment_research/index_en.htm). In addition to widely disseminating the results of the benchmark (reconnaissance) study, the study itself helped identify new outlets and mechanisms for increasing awareness and community building.

The knowledge created by the developmental working groups has been disseminated through presentations at international conferences, publications in scientific journals, and through other mechanisms such as list-serves, monthly electronic newsletters, etc. Each of the developmental working groups hosted an international workshop in conjunction with the Annual International Conference for Digital Government Research (dg.o). U.S. researchers receiving travel support for participating in conferences outside the US also publicized the existence of these efforts to encourage participation.

The international summer institute has increased awareness among doctoral candidates around the globe to sustain the next generation of digital government researchers, by extending their knowledge of support mechanisms and helping them to build a network of collaborators for future research endeavors.

The University at Albany’s Center for Technology in Government (CTG) selected three groups of international researchers to receive funding to advance digital government (DG) research on issues that cross national boundaries. The groups were chosen through a peer review of proposed research programs that would benefit from close collaboration of U.S. and international partners. U.S. participation in the groups was supported by nearly $200,000 over three years, made possible through a $1 million grant to CTG from the National Science Foundation’s (NSF) Digital Research Program (DG). The overall goal of that larger grant was to build and sustain an international digital government research community. The international participants in the working groups received similar financial support from their home institutions or research programs.

The three groups addressed transnational and comparative issues in the following areas:

This project is sponsored by a $1.3 million grant from the US National Science Foundation Digital Government Research Program.